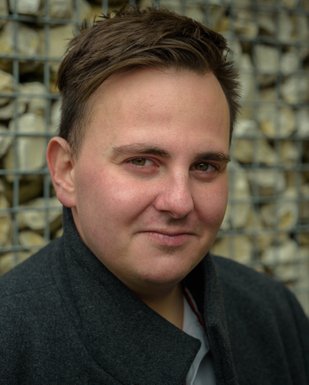 Arnaud Vandermeiren (28.12.1994 – Ghent, Belgium) is an actor, director, screenwriter, coach, musician, theater maker and filmmaker. As a seven-year-old boy, Arnaud started his career in the circus school of Ghent “Circusplaneet”. Here he discovered the art of the theater. When he was nine years old he was asked to play a leading role in various productions with the production group “The Pirellis” whom he toured with for nine years at various theaters and circus festivals in Belgium, the Netherlands and Denmark.

In 2011, Arnaud played the role of Jason in the theater production Rabbit Hole, directed by Mitchell A Martin. Here Arnaud got to know the Belgian actress Ellen Verest, who would later coach him with his self-written monologue “Anders”. With this monologue he won the public AWARD of the Kunstbende 2012.

That same year, Arnaud played the role of Michaël in the musical Radio vinyl in collaboration with Belgian director and actor James Coock.

After this he followed various training courses in clowning and magic.

This gave him a job at Contactclowns Vlaanderen where Arnaud worked for 1 year as a contact clown (clowning for persons with dementia).

In 2016 Arnaud graduated from the two-year full-time international school for physical theater “The Commedia School" of Copenhagen (Pedagogy Jacques Lecoq).

After this he decided to start his own production company "C&T Productions" with the aim of making life-changing theatre.

In 2018 Arnaud decided to do the 1-year course at the Creative Arts Academy in South Africa. When graduated he also won the “Artist of the year Award 2018”.

2019 was the year where Arnaud collaborated a duo with the French actress Camille De Leobardy with whom he will write and perform the play Maman & Garçon. Directed by the German-Dutch director Marc Wortel.

In 2020 Arnaud wrote the theater monologue “Real or not real” in which he played a number of 14 characters. For this he worked together with Belgian director Freddy Claeys.

Since 2021 Arnaud taught acting classes and workshops for various organizations.

This film was dubbed in more than 2000 languages. The American producers set the Flemish version by Arnaud is one of the most accurate voiceovers.